Connect your families to valuable school and community resources that improve student outcomes.

Save your staff time by streamlining your flyer approval and distribution process.

Keeping parents informed about amazing resources in your schools & community is as easy as 1-2-3.

Get your schools started for a low, one-time fee.

Getting your message in front of parents can be difficult. Peachjar flyers make reaching parents easy and effective.

See How We Help

Once a district begins using Peachjar, they begin sending their own internal flyers home to parents digitally.

Are you ready to let local parents know about your programs and resources at an affordable cost?

Once your child's school district begins using Peachjar, you will receive a welcome email and begin receiving digital flyers via email.

How often will I receive flyers? Will my email be shared for other purposes? You can find answers to these and other questions on our FAQ page. 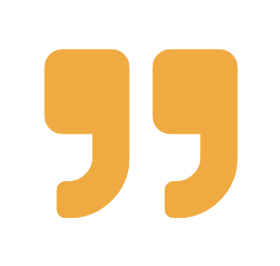 Imagine a future where each generation is happier and better off than the last. Keeping parents informed is the key to making this happen. Students are in the classroom only 1,000 out of 5,000 waking hours each year. Parents need help from their school and community to fill the remaining 4,000 hours with activities that help their child reach their full potential.

Multiple menus to choose from. Each drag-n-drop customizable.

One flexible templates series to rule them all. Everything you need to build an awesome Hubspot website.

Questions are bound to pop up. When they do, you can expect a fast and detailed response via chat or email.

Need a little extra help building your website? I've got you covered and over a range of design and development services.

All In the News Press Releases

Peachjar: A No Brainer for the YMCA of Loudoun County

Influential Magazine: A Person You Should Know, Mike Durham Founder & CEO of Peachjar

Tech & Learning: Companies to Watch for in 2019